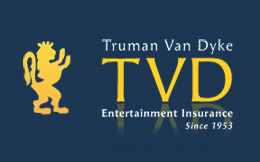 The Premier one-stop insurance brokerage for the Entertainment Industry.

We offer complete insurance solutions for the production of feature films, television, commercials and documentaries.

The name Truman Van Dyke has long been associated with filmed entertainment. Born November 15th, 1897 in Natchez Mississippi, Truman Van Dyke Sr. became a silent film actor at the age of 21. When talking pictures came along his heavy southern accent ended his film career and he became an insurance agent. With the connections made during his film career he naturally ended up with many entertainment related clients. Eventually entertainment became a majority of his business and he began to specialize in the insurance needs of entertainers, producers, directors and various film trades people.

In 1953 Truman Jr. joined with his father, and the The Truman Van Dyke Company was born. Initially the agency specialized as it had since 1935, in the insurance needs of the entertainment professional. In 1969 we wrote our first insurance policy for a film production, and the agency began its specialization in film and television productions, errors and omissions and commercial insurance for entertainment businesses.

The Truman Van Dyke Company offers complete insurance solutions for the production of feature films, television, commercials and documentaries including General Liability, Production and E&O (Errors and Omissions) coverage. Call us today at 323-883-0012 to schedule your consultation and receive a quote!